The Riverhead Community Coalition for Safe and Drug-Free Youth is hosting two Medication Take Back events on October 26th. The events will allow community members to safely dispose of their expired, unwanted and unused medication at two convenient locations. Both are in conjunction with the DEA’s 18th National Prescription Drug Take Back Day.

The first event will be held during Riverhead Town’s S.T.O.P. Day (Stop Throwing Out Pollutants) at the Riverhead Highway Department from 8 AM to 3 PM. The second will be held in the lobby of Peconic Bay Medical Center from 10 AM to 2 PM.  In addition, both events offer convenient drive-up disposal and include giveaways for participants.

“The safe disposal of unwanted and expired medication is one of the coalition’s critical focal points in its multi-faceted approach to preventing prescription drug addiction and overdose, in addition to heroin abuse,” CAP Community Prevention Specialist Kelly Miloski said.

“We will continue to work with Riverhead Police Department and our other partners to raise awareness about our community’s medication drop box as well as the importance of safe disposal.”

According to the Centers for Disease Control and Prevention (CDC), prescription drug abuse is the fastest growing drug problem in the United States, especially among teens. The CDC reports that one in five teens report taking prescription drugs without a doctor’s prescription. Each day more than 2,000 teens use prescription drugs to get high for the first time.

The National Institute on Drug Abuse (NIDA) found that nearly half of young people who inject heroin reported abusing prescription painkillers before starting to use heroin. Some individuals reported taking up heroin because it is cheaper and easier to obtain than prescription drugs. In addition, more people die from prescription drug overdoses than from all illegal drugs combined. Drug overdoses are now the leading cause of accidental death in the U.S., outnumbering highway traffic fatalities.

To date, the coalition has collected over 6,800 pounds of medication, according to Miloski. This is through the combination of take back events and the permanent drop box. In August 2014, the Riverhead Police Department installed the drop box in their lobby at 210 Howell Avenue. Community members use the drop box to safely and conveniently dispose of medication 24 hours a day, 7 days a week.

The mission of the Riverhead Community Coalition for Safe and Drug-Free Youth is to engage collaborative partners in the planning, implementation and evaluation of strategies that prevent youth substance use. In 2013 and again in 2018, the coalition received a Drug-Free Communities (DFC) Support Grant through the White House Office of National Drug Control Policy (ONDCP). For more information about the coalition, or to participate, please call Riverhead CAP at (631) 727-3722 or visit RiverheadCAP.org. 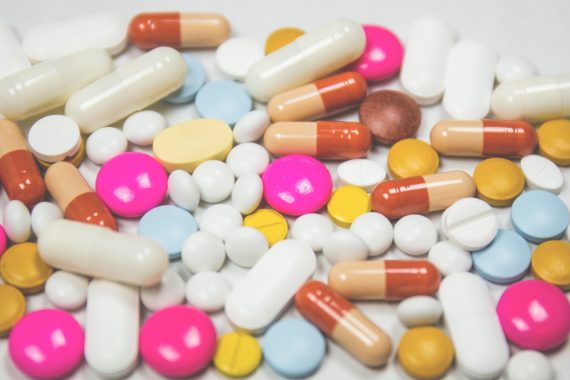